Home / Uncategorized / Beauty Tips from the Women of History

Through the ages women had to maintain their appearance. And some historical beauties were experts at mastering the art of looking good. They did it without modern makeup and products. Often these were the women that discovered what works through trial and error.

For example crocodile dung is not used anymore. And the sea mineral, natron wasn’t as popular when the ancient Egyptians discovered it worked best as a preservative for mummies.

Here’s some natural holistic beauty secrets. They were the DIY of the ancients.

Sea salt is a great exfoliant. It may have been first used by ancient Egyptian women in their baths and on their skin. There were abundant deposits from the Dead Sea. And the ruling class used it a lot as facial scrubs, in bath soaks and as a sanitizer.

Cleopatra and the Egyptians were all about aesthetics. Cleopatra soaked in honey baths for hours.

Raw honey has antibacterial and moisturizing properties. And it is rumored that Cleopatra combined honey, crocodile dung and donkey milk as a skin mask.

Honey is made up of 18 amino acids. It is a natural antibiotic and antiseptic.

Vitamin and mineral rich, it can aid in healing blemishes, acne and other breakouts. It can also heal wounds, moisturize the skin and sweeten tea. No wonder the Egyptians loved honey so much.

Valeria Messalina (17 – 48 AD), wife of Emperor Claudius I had an elaborate beauty routine. Her face masks were made of bread slices soaked in donkey milk. And her    bath soaks were often milk and honey in heated water.

Mary Queen of Scots also liked to soak in a tub. She bathed in vats of wine to soften her skin.

The Ziegfeld Follies productions, on Broadway, started in New York City in 1907. And lasted for 30 years. Hundreds of stars were on stage during that time. It was important that they looked their best for the audience.

One of those stars  Anna Held,  popularized milk baths. She claimed they kept the skin soft. This might be because fats and proteins found in milk, can moisturize and soften the skin.

The Henna plant was used to dye hair and tint nails in Egypt. There is evidence  dating back over 6,000 years. It was used by the wealthy ruling class in Asia,  North Africa, Rome,Africa,Greece, on the Arabian Peninsula, and in Persia.

Persian women loved the natural, but profound changes that henna dyes allowed. They believed that  they were able to “summon the majesty of the earth.” by changing hair colors.

The Egyptians were early scientists of essential oils. And Of the plants they derived from. The Greek physician Hippocrates was known as the Father of Medicine. He studied and documented the effects of hundreds of plants. Thyme, cumin, peppermint, thyme, lemon and saffron are only a few of the herbs, plants and fruits he found to have beauty and health results.

Eventually even the British royals made use of essential oils. Queen Victoria used rose essential oil to perfume her clothes and gloves. 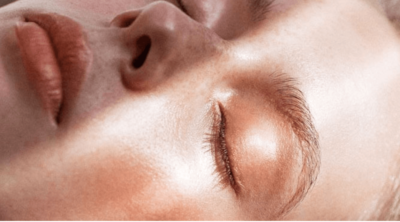