To do any kind of makeup or hair color, you have to first determine your skin tone. Here is a skin tone chart to help determine the best makeup and hair color that will suit your skin color.

To do any kind of makeup or hair color, you have to first determine your skin tone. Here is a skin tone chart to help determine the best makeup and hair color that will suit your skin color.

The human skin color has many different color tones. It is seen that people who belong to tropical regions have darker skin tones than those who live in middle latitudes. This is due to the exposure of the ultraviolet radiation from the sun. Darker the skin tone, more the melanin present in the skin to protect it from skin cancer.

Skin tone chart has been used to identify races since a long, long time. According to Johann Friedrich Blumenbach (1752 – 1840), one of the founders of scientific racism theories, there are five color typologies for the human race. He divided the human race according to the following skin tone terminology:

The metaphor ‘black’ was first used by the end of 17th century after Francois Bernier (1625 – 1688), a French doctor divided the human race according to facial appearance and body type. Bernier proposed 4 categories called the Europeans, Far Easterners, Lapps and Blacks. The scientific model was developed in 18th century by Carolus Linnaeus who gave four main races. He proposed the Europeans as the white race, the Asiatic as the yellow race, The Americanus as the red race and the Africanus as the black race. Blumenbach, the founder of anthropology and a protege of Linnaeus came up with the Malay as the brown race for the Polynesians and Melanesians of Pacific Islands and aborigines of Australia.

Thomas B. Fitzpatrick (1975), a Harvard dermatologist, proposed 6 skin types that were listed according to the decrease in lightness. This chart is recognized as a dermatologic tool for research even today. It is very helpful to measure components of skin like genetic disposition, reaction to sun exposure, and tanning characteristics. The following skin tone chart will help you find your skin color tone belongs to which standard Fitzpatrick skin types.

It is found that the Type 6 skin tone has roughly twice the melanin of Type 1. This makes the Type 6 less prone to skin cancers than the Type 1. These skin tones will help you find some makeup ideas and makeup techniques that help you apply natural looking makeup according to your skin color. I hope this article on skin tone chart has helped you determine your skin color according to standard Fitzpatrick skin types. 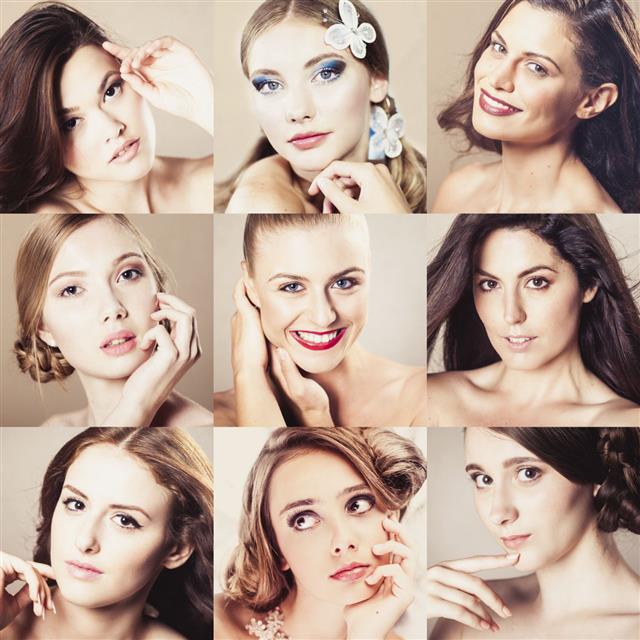