History and Facts About Ancient Egyptian Cosmetics and Makeup

It's just not today's modern woman, who spends quality time in front of a mirror doing her daily beauty routine, documented evidence proves that the practice of wearing makeup has its roots in ancient times. The art of makeup dates to the Ancient Egyptian civilization as early as 4000 BCE. Let's explore some more facts about ancient Egyptian cosmetics and makeup. 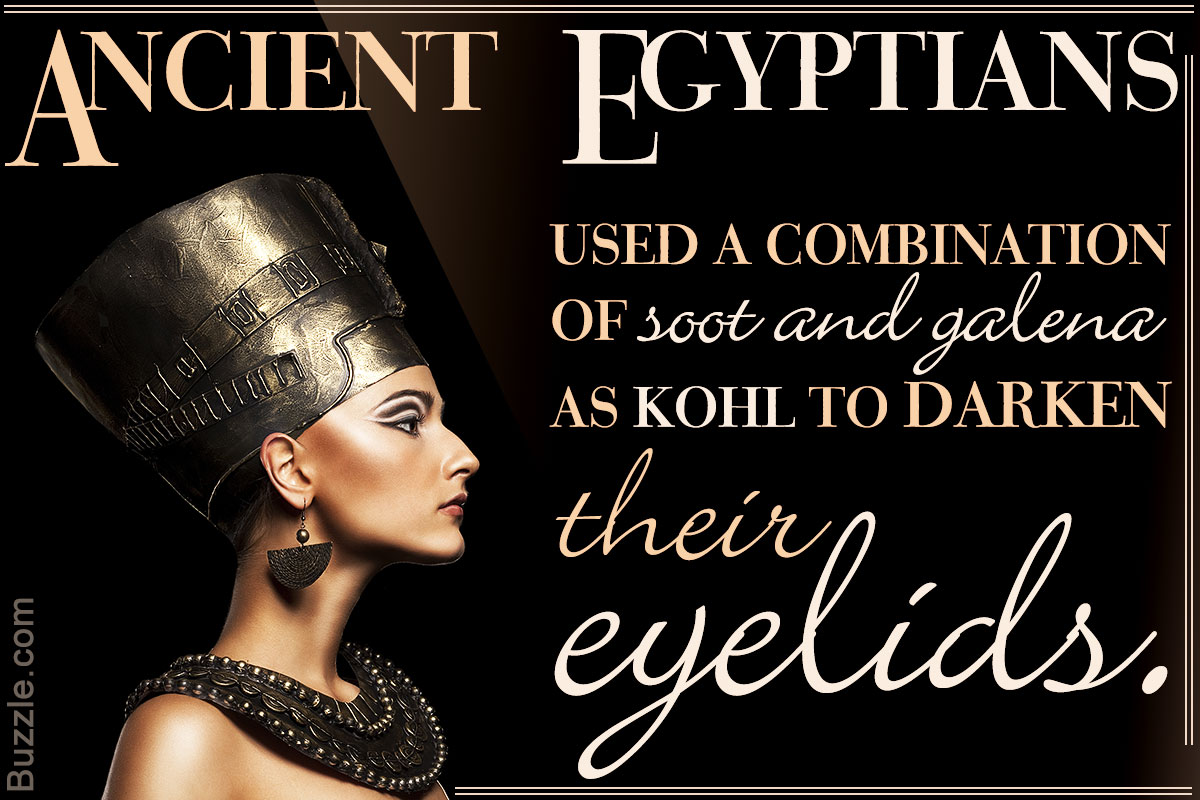 It’s just not today’s modern woman, who spends quality time in front of a mirror doing her daily beauty routine, documented evidence proves that the practice of wearing makeup has its roots in ancient times. The art of makeup dates to the Ancient Egyptian civilization as early as 4000 BCE. Let’s explore some more facts about ancient Egyptian cosmetics and makeup. 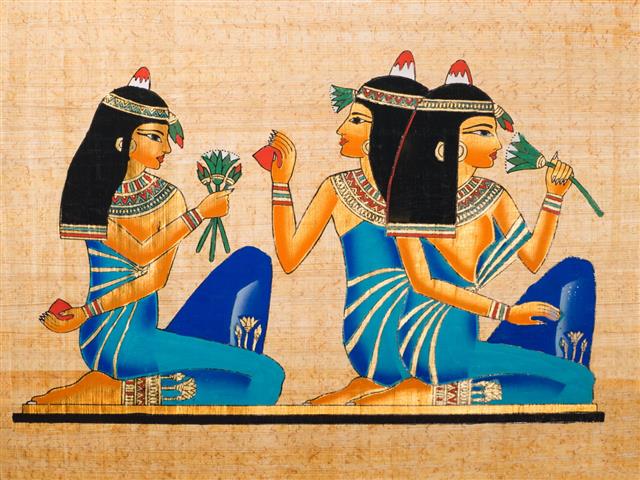 Kyphi, the infamous Egyptian perfume produced from berries, honey, flowers, and wine, was also served as a drink to heal lung and liver related problems.

Gaze at any Egyptian statue, the first thing that you would notice is their almond-shaped dark eyes. We all are aware of the fact that Cleopatra was beautiful and ravishing but that got me thinking, in a time where there was no MAC, no YouTube videos, no professional makeup artist, and most importantly no beauty products, these ladies must have had plenty of beauty secrets and rituals, which we can use in our daily beauty regimen.

There’s more to their eye makeup that gave those queens and kings stupendous gazes than meets the eye. They dolled up themselves everyday as a remedy for certain diseases. Not only did their women wear makeup, but the men also painted themselves; in fact, even statues of gods and goddess were adorned with different types of makeup. Like modern women dress up and wear makeup to attract men, Egyptian women had a different mindset, they adorned themselves to please their god.

Ancient Egyptians are known for their clothing and makeup, but despite being devoid of any makeup factory, they still managed to produce some cosmetics with the available resources in their land. But the makeup just did not serve one purpose, it had spiritual as well as medicinal benefits too. They believed in looking beautiful even after death, to look pretty in front of the gods during their judgment day.

But still there are many thoughts lingering in my mind, How did the Egyptians make their makeup, what were the different types of ancient Egyptian cosmetics prevalent then? Let’s take a look at some facts about the makeup history to clear these doubts. 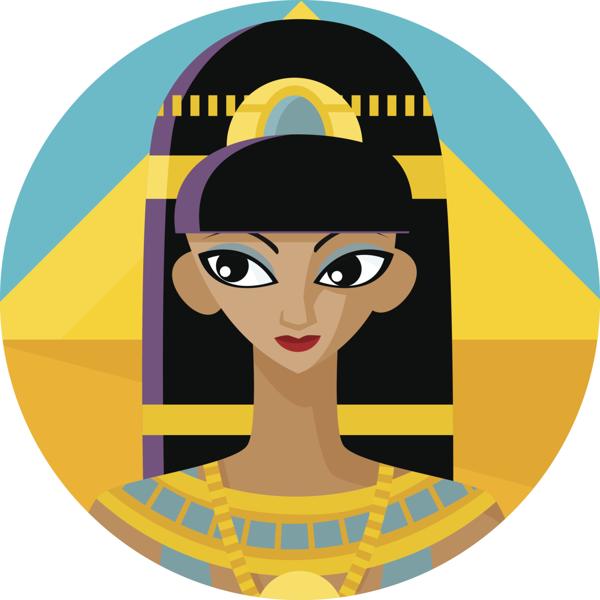 ► Makeup was a daily routine for all ancient Egyptians, including their gods. Statues of gods and goddess were daily beautified with makeup, along with food offerings. Their eyes were outlined with black color kohl.

► They used red ochre to produce lip stain and blush. Red ochre was developed from organic colored clay which was mined, washed, and dried in the sun to get the desired color.

► They used cones of unguent as perfumes. On special occasions, the women would wear these cones over their hair, which melted due to the heat and blanketed their body with sweet smell. Cleopatra used rose and violet oil for her hands, she applied an oil containing honey, cinnamon, hyacinth, orange blossoms, and iris.

► They wore makeup regardless of their status and gender. They believed makeup possessed some magical powers. Their main emphasis was on the eyes, they never failed to line their eyes with kohl, which was a combination of soot and galena. It was stored in a container and applied with a wooden stick, forming an almond-shaped eye. 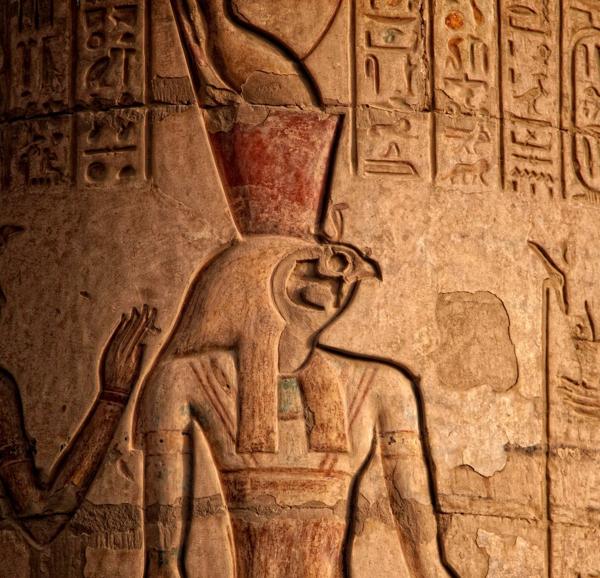 ► The almond-shaped eye resembled the falcon eye of the God Horus, this eye was believed to possess magical powers, that is why the Egyptians particularly used black kohl and green color under their eye to protect themselves from evil eye.

► Kohl used by ancient Egyptians had lead-based substances which promoted the production of nitric oxide in their skin, this in turn strengthen their immune system to fight diseases and ocular infections.

► Soot used in kohl helped to decrease the harmful effect of sunlight on their eyes. However, ancient Egyptians were of the view that the healing properties of these products were magical.

► Cosmetic surgery was also prevalent back then, The Papyrus Ebers gave tips on how to fix a broken nose and other body parts which were disfigured due to injury and wars.

► They even took extra care to moisturize their skin, Cleopatra was famous for taking a rose water shower. Moisturizers and creams were produced using olive oil, plant resins, fresh milk, sea salt, bullock bile, and whipped ostrich eggs. Frankincense, myrrh, thyme, marjoram and essences of fruit and nuts, particularly almonds, were used to give it a nice fragrance.

► Anti-wrinkle creams were used and were made using a variety of products such as wax, olive oil, incense, milk, juniper leavers.

► Henna was a natural growing plant, and the women used it to color their nails and to dye their hair. Some Egyptians even colored their gray hair with blood of black animals.

► Men were not to be left behind in the beautification department. Many Pharaohs and fishermen colored their nails. A hieroglyph in the tomb of the nobleman Ptahhotep, thought to be around in 2400 BCE, portrays him getting a pedicure.

► Researchers from the L’Oreal cosmetic company analyzed makeup powders recovered from the tombs of Pharaohs who passed away between 2000 and 1200 BCE. They stated that the powders were made from chemical compounds like laurionite and phosgenite, which is not found in nature and can be developed only through complex procedures.

► Cosmetic powders were made with 10 percent grease, probably geese fat, which allowed the powder to have some texture.

► Eye shadows were applied on the upper as well as lower lid. They were even fond of eye glitter, which was made by crushing the iridescent shells of beetles mixed with powder.

Ancient Egyptians believed that everything was attached to the spiritual realm. And there is ample proof that makeup was prevalent in the ancient times too.